Lyme disease is caused by an organism called Borrelia burgdorferi. This part bacterium, part virus organism belongs to a distinct group called spirochetes. A better known example of a spirochete disease is syphilis in man.

Due to its’ small size, about the size of a period in this sentence, it can be easily missed on the skin of pets. Once the tick has attached itself to your pet it takes approximately 24 hours before enough of the organism has been transferred into the bloodstream to cause an infection. The incidence of exposure varies considerably because not all ticks are infected with the Borrelia organism and not all areas have deer or mice to carry the disease. In my practice the incidence of Lyme disease is about 20%, with dogs being 10 times more likely to get the disease than cats.

Symptoms of the disease vary from one patient to another. The most common symptom seen is lameness, followed by kidney disease, then heart disease and finally central nervous system disease being the least common symptom. In many cases, however, there are no symptoms evident at all, as the organism can lay dormant for a long time. Sadly, permanent damage to one or more of these organs may occur. The “bulls eye” rash that is sometimes seen in man does not occur in the dog and cat. Examining the pet that has one or more of the symptoms described and a positive blood test result usually makes the diagnosis.

Treatment consists of giving an antibiotic, such as tetracycline or amoxicillin, for a two-week period of time. While it is unlikely that all of the Lyme disease organisms will be killed, it is reasonable that the active forms will be and the rest will hopefully be put in “jail” by the immune system. If there were a reoccurrence of the disease or its symptoms then another round of antibiotics would be appropriate.

A safe, effective vaccine against Lyme disease for dogs has been available for many years. A series of two injections are necessary, 2-4 weeks apart, to establish a protective antibody level that lasts for one year. A recent study suggests that the Lyme vaccine may also help chronically infected dogs to resist exacerbations of the disease symptoms.

Regular use of tick repellant products on your pet as well as spraying your yard with insecticides is the best means of preventing you, your family and your pets from contracting the disease. There are many environmentally safe and effective products available today and I urge you to consult with your veterinarian for his/her advice. 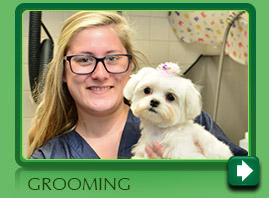