Kennel cough (tracheobronchitis) is an airborne disease that affects dogs of any age. The virus causes a sore throat that results in a mucus discharge and a persistent cough. Many owners have described the sound of the cough as though there was "a bone stuck in the throat". Similar to influenza in man, the course of the disease runs approximately ten days. The dog appears to be normal in all other respects in most cases. There is a vaccine available that is required by most kennels before a dog is allowed to board.

There is an incubation period of approximately ten days from the time of exposure during which there are no symptoms at all. Thus the diagnosis is made from a history of exposure to other dogs as well as the characteristic cough in the absence of other disease. There is a possibility, although not common, that a secondary pneumonia can establish itself concurrently. This, however, is more likely to happen in the young, the old and the debilitated or suppressed.

Treatment is centered on suppressing the cough, drying up the secretions and possibly guarding against secondary infection. Some of the human cough syrups have been used with success. Antibiotics and prescription strength cough suppressants work the best. Due to its highly contagious nature it is best to avoid socializing with other dogs until all the coughing has stopped.

If your dog should contract kennel cough don't be alarmed and don't blame the kennel as they have usually made every effort to avoid the disease. I suggest you look at it as though your child was to come home from school with the flu. The best way to prevent the disease is to get a vaccine once yearly. While the vaccine is a modified live virus and thus your dog may come down with a mild form of the disease (approximately 10% of the time) it will not be spread to other dogs. 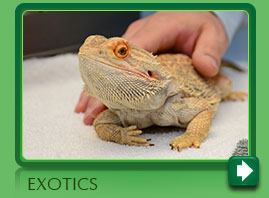