Glaucoma is considered an emergency condition of the eye for both the dog and cat. As is the case in man, glaucoma can result in a permanent blindness within a very short period of time. By definition, glaucoma occurs when there is a significant increase in the pressure inside the eye that will subsequently destroy the tissues that are responsible for sight. Unfortunately, the owner can not easily recognize this condition until significant damage has already occurred and thus it is often too late to save the eyesight by the time treatment is given.

In the dog and less so in the cat, when glaucoma is present, the eyeball itself will be noticeably larger than the opposite eyeball. When looking through the cornea of the eye with glaucoma the inside may appear cloudy instead of clear and the surface may have a steamy bluish color to it. The white of the eye or sclera will look red due to engorged blood vessels. The junction of the sclera and cornea has been described as having a “paint brush border” to it when glaucoma is present. Behaviorally, your pet may act as though he/she is sensitive to the light (photophobic) by rubbing at the affected eye. Each case is different in its presentation. In addition, many other conditions can mimic the appearance of glaucoma thus making it difficult to make an accurate diagnosis. The only way to confirm the diagnosis of glaucoma is to measure the intraocular pressure with a tonometer.

Once glaucoma has been confirmed the goal is to reduce the pressure inside the eye as fast as possible. In most cases this can be accomplished by using potent medications or if this fails surgery. Medications are given frequently both topically and systemically and usually at high dosages. If this does not produce satisfactory results in a short period of time then a needle can be introduced into the anterior chamber of the eye to remove fluid temporarily. There are several different surgical techniques that can be tried in an attempt to regulate the pressure on a long term basis once the eye pressure has been stabilized. Unfortunately, by the time treatment has begun it is often too late to save the sight of the eye. Enucleation or removal of the eye is performed to stop the pain that is associated with glaucoma if there is no hope for sight to return. Recently, implants have been surgically inserted within the eyeball and give a more natural appearance than the more traditional enucleation.

In most cases, regardless of the outcome of the eye with glaucoma, life long medication is given to the opposite eye in an attempt to avoid the same fate. Certain breeds are genetically predisposed to develop glaucoma and thus need to be checked at the earliest sign of trouble. If you are in doubt as to whether your pet might have glaucoma it is best to have your pet examined by your veterinarian to be sure that a preventable loss of sight does not occur. 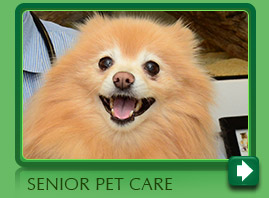 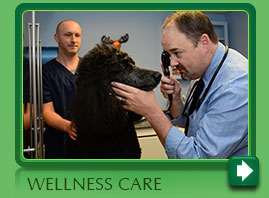